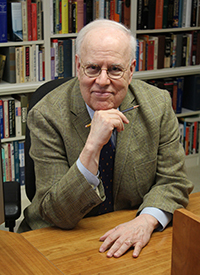 Books are listed by 1st edition publication date, most recent first; articles and miscellany are collected in entries at the bottom. For details, click on book title.

The story in brief (from the back cover): A federal plea deal in Manhattan goes off the rails when a mob boss inexplicably recants his testimony days after voluntarily confessing to a lifetime of crime, and immediately, an FBI agent involved with the case goes missing. To find out what happened, the Feds call in T. R. Softly, detective fiction's newest and most intuitive sleuth. Softly's search takes him to Washington, D.C., where the "oddest of the forty-odd presidents of the United States" is suddenly laying plans to evaporate the U.S. government, as assassination rumors percolate in dark corners. Co-opted into partnering with a secret government agency, Softly struggles to understand how many games are being played and by whom. Is he master of his fate or has he been the unwitting agent of friends and foe? A twisting, rollicking tale that enthralls readers until the last page.

Tribeca Square Press, 2014.
A critique of the conventional tool of law professors, philosophers, and like-minded interlocutors.

Wolters Kluwer Law & Business, 2013.
A readable primer for law students about to embark on their constitutional law course.

Oxford University Press, 2012.
Rescues the generally meaningless label "liberalism" from the hands of champions and detractors alike by exploring the central question of any political theory: under what circumstances should political authority be exercised? This book proposes that the problem of harm lies at the core of liberalism and that a properly understood Harm Principle can account for and justify a government robust enough to deal with pressing modern problems of human harm and suffering while restrained enough to provide people freedom to live life on their own terms.

Foundations of (and Advanced) Business Law and the Legal Environment

with Don Warner, Daniel M. Mayer, and George J. Siedel. Flat World Knowledge, 2011, 2012, and continuing, in 2 volumes.
A textbook on business law and related legal topics for the college business major and for students in graduate business studies.

The Lawyer's Craft: An Introduction to Legal Analysis, Writing, Research, and Advocacy

University of California Press, 1999.
An enlarged paperback edition of The Evolving Constitution, a comprehensive topical guide from A to Z to the constitutional issues that have come to the Supreme Court from the 1790s through the twentieth century. Supplements available through 2018.

The Legal Environment of Business

with George J. Siedel. Harcourt Brace Jovanovich, 1988, 753pp.
A textbook for management majors on legal regulatory and public law issues in the 1980s.

West Publishing Company; Harper & Row Publishers, 1987.
An exploration of the Constitution, its origins, its growth and development, and its meaning as the courts have interpreted it, on the eve of its bicentennial in 1987.

with James F. Henry. Harper & Row Publishers, 1985.
A short guide for the business manager to the then new development of ADR – alternative dispute resolution.

Business Law and the Legal Environment

Basic Books, 1981.
The first book to seek the underlying causes for, and consequences of, America's apparent growing urge to sue.

Lothrop, Lee & Shepard Books, 1981.
The tangled legal story behind the story of building the Alaska oil pipeline in the late 1970s, showing students how the interlocking set of checks and balances at all levels of government plays out in a world of conflicting interests.

Lothrop, Lee & Shepard Books, 1980
Everyone knows that we enjoy a freedom to speak, but most students (and all too many adults) are fuzzy, if not ignorant, about the details. This book provides case studies of many of the arenas in which freedom of speech plays out in America.

Lothrop, Lee & Shepard Books, 1978.
The first of a three-book series on law for the secondary school market, this book examines modern privacy issues that were ripe in the 1970s (and many of which remain ripe today) through a wealth of case studies.

Crisis at the Bar: Lawyers' Unethical Ethics and What to Do about It

W. W. Norton, 1978.
A searching look, prompted by Watergate, at the lawyer's code of ethics, demonstrating that it was so ignorant of modern realities that it led lawyers further into the moral thicket than out of it.

writing as Webster Mews, with Sandor Frankel. Stein and Day Publishers, 1978.
A thriller about mideastern terrorists who strive to take the whole world hostage.

with Neil S. Rhodes. Avon Books, 1976.
A how-to book on the citizens' band radio craze that swept the country during and after our bicentennial year.

How the Government Breaks the Law

Stein and Day Publishers, 1972.
The manifold ways government at all levels avoids, ignores, or defies the laws and regulations its officials are sworn to uphold.

The Tyranny of the Experts: How Professionals and Specialists Are Closing the Open Society

Walker and Co., 1970.
A study of occupational licensing laws, professional codes of ethics, and other devices that put control over significant areas of personal and community life in the hands of supposed experts.

Published anonymously, Stein and Day Publishers, 1970.
A satire on government reports and anti-pornography sentiment in the late 1960s.

Walker and Co., 1968.
A study of American immigration policy, focusing on the National Origins provisions of federal immigration law and the Congressional battle over their repeal in 1965.

Walker and Co., 1967.
A clause-by-clause analysis of the Constitution and what it means, as of the mid-1960s, intended mainly for high school students but useful for non-specialist adult readers as well.

Sterling Publishing Co., 1966.
Mostly for the secondary-school market, a straightforward explanation of how the law and courts function, the sorts of cases that can come to court, what lawyers do, the vocabulary of the law, and related matters.

Selected Articles, Plus Anthologies, Book Reviews, and Other Miscellany

A skeptical eye turned on recent books that popularize theories of physics, in this article in The American Scholar.

When I announced I was retiring, friends thought I should get rid of my books. Too much wanton display, too much weight, too much worry. This was my response, in the pages of The American Scholar.

An article wherein the author bemoans the state of scholarly writing.

Anthologies I have edited.

A list of chapters in edited books and articles in journals and encyclopedias.

A list of reviews of books in various journals and periodicals.

A list of articles in the popular press, pamphlets, lectures, and more.