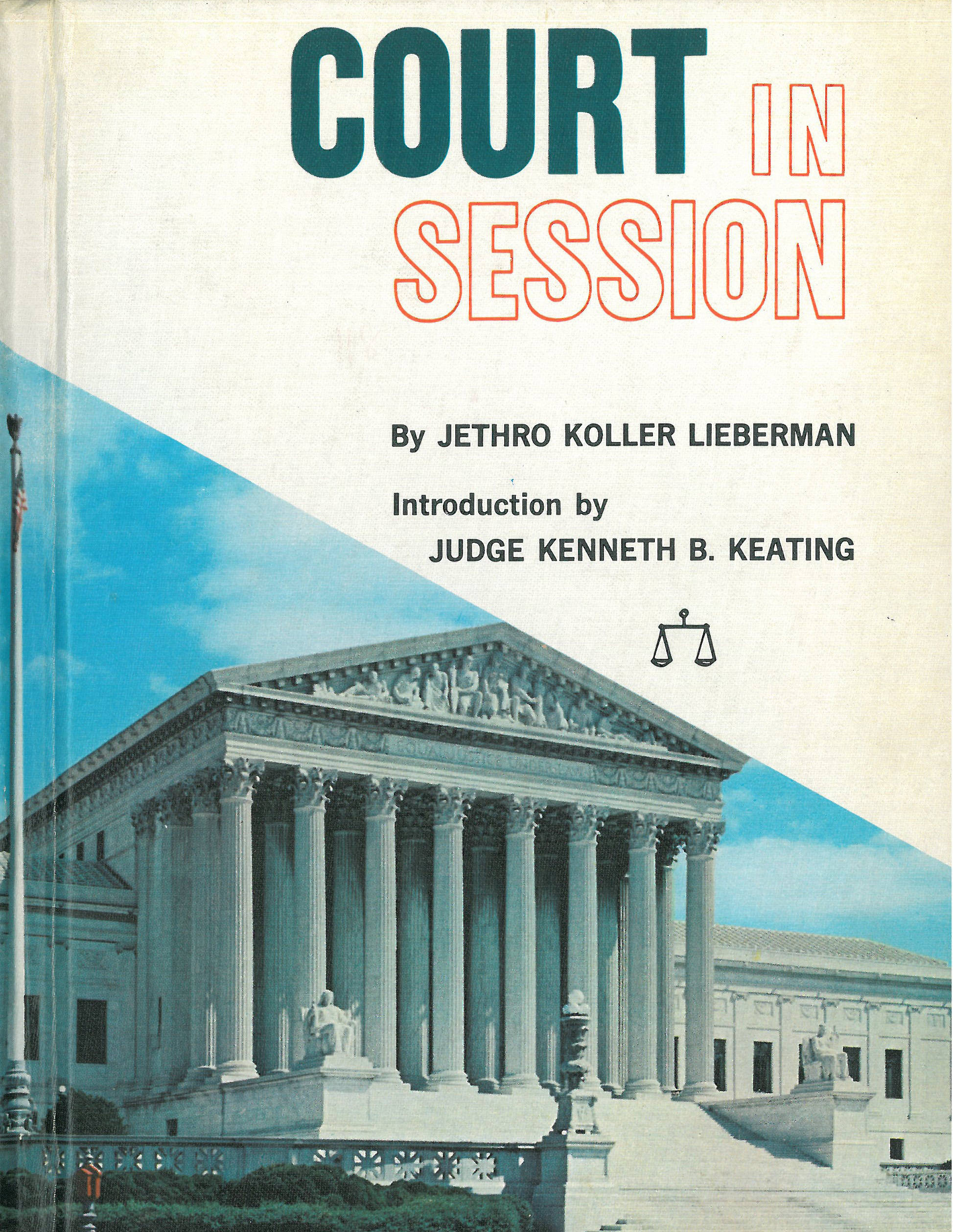 My first published book. It was aimed at secondary-school students, and sought to impart things that astonished me about the legal system, courts, the practice of law, and related themes, when I first encountered them as a law student. Today books like this are, to use the cliche, a dime a dozen, but this was a rarity a half century ago. Under the Biography tab I tell the story of how this book came to be. The book carried an introduction by Kenneth B. Keating, then a judge on the New York Court of Appeals, formerly a U.S. Senator from New York (for whom I had interned the summer of 1963), and later Ambassador to Israel.

"For young people who are thinking about entering the law as a career, Jethro Koller Lieberman's Court in Session is a good primer. . . . This is the kind of information that a prospective lawyer ought to find out about quite early in his career."