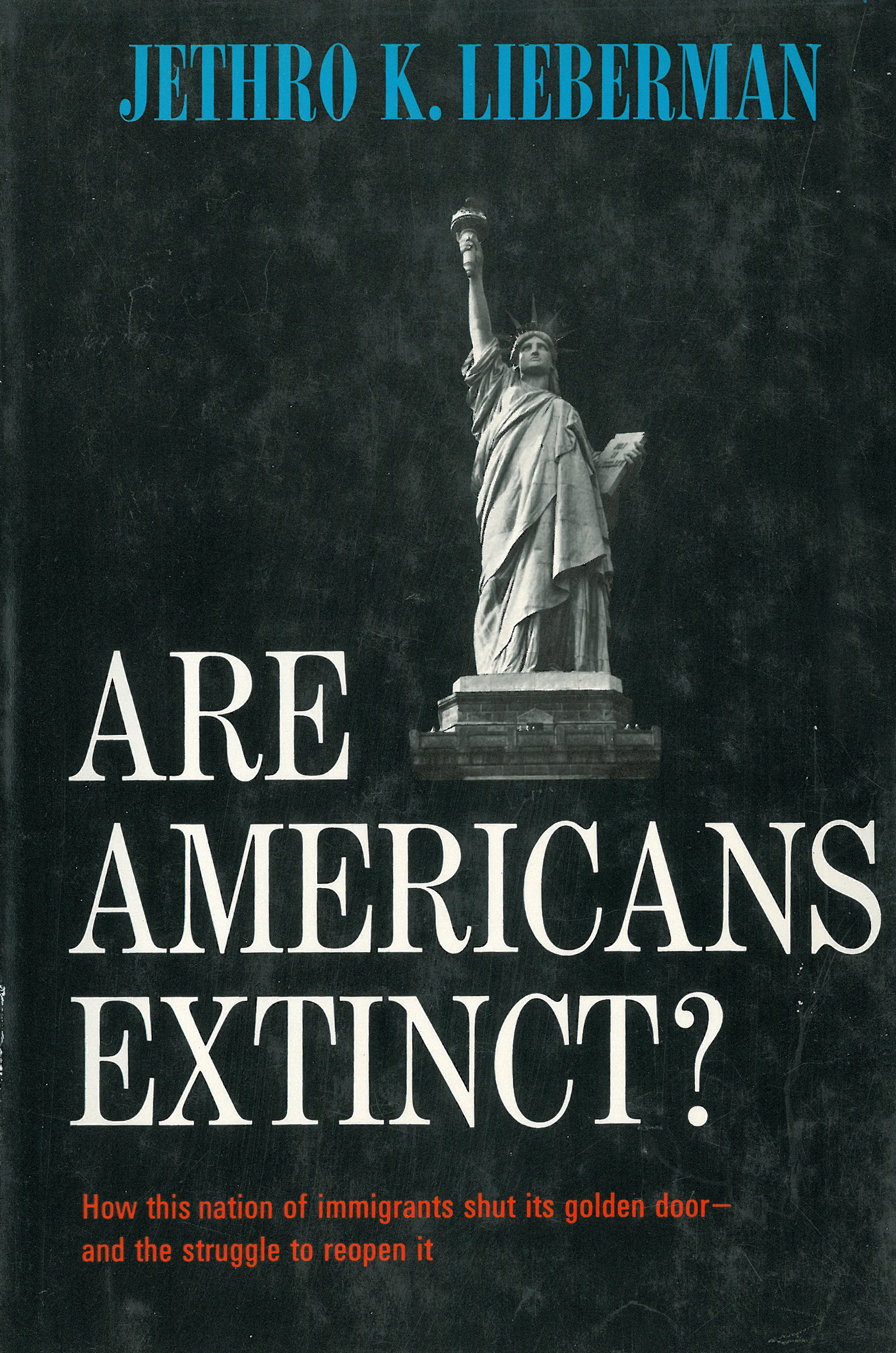 For nearly 80 years, American immigration policy was stained by provisions barring people from American citizenship on a racial basis. This book tells the story of that policy, the legal machinery that supported it, and its eventual repeal in the 1960s. The reform effort was championed by President John F. Kennedy and led in Congress by Senators Robert F. Kennedy and Edward M. Kennedy. The rather obscure title of the book was a sarcastic reference to a frequently repeated mantra of National Origins proponents who claimed for decades that "Americans" might become extinct if anyone other than western Europeans were permitted entry to the United States.

"A competent summary of the background, development, and present status of our immigration laws written by a man sympathetic to the view that a more liberal and rational immigration policy is of great moral as well as economic importance to Americans."