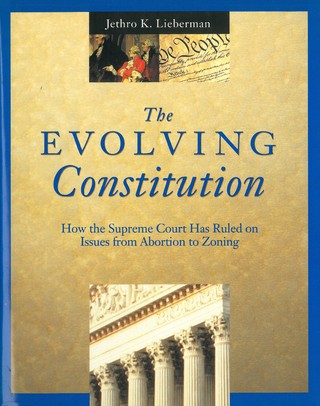 A topical guide to the U.S. Constitution as the Supreme Court has ruled on the issues. Nearly 1,000 essays on every aspect of constitutional law, with a unique concordance to the Constitution; a table of 2,400 cases showing the justices' votes, the authors of the majority and concurring opinions, and the dissenting justices; and a year-by-year timeline of the justices since 1789. Considers the Court's opinions from the 1790s through the 1990-1991 term of court. Three supplements, published by Dialogue Press, Box 462, Hastings-on-Hudson, NY 10706, and totaling 186 pages, digested cases through the 1995-1996 term.
A second edition of the book, retitled A Practical Companion to the Constitution, published in paperback by the University of California Press in 1999, carried the cases through the 1997-1998 term, added dozens of additional essays, corrected errors in the first edition, and added a comprehensive index (for the second edition, see the listing above).