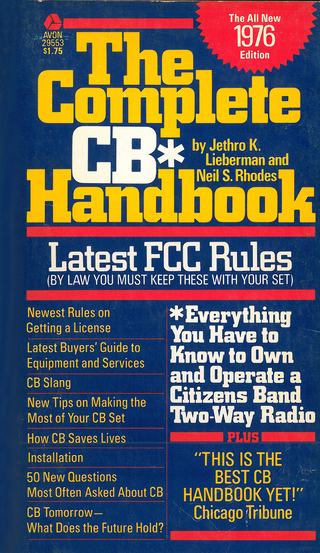 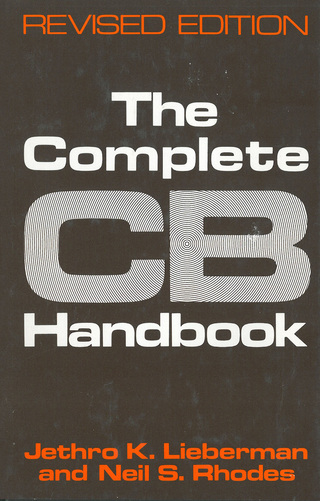 I never owned one. I think I never even talked on one. But on January 1, 1976, while being driven home from LaGuardia Airport after a vacation, I was stupified to hear my wife's cousin talking on his dashboard-mounted CB radio. Why was this mid-twenties suburban New Yorker spouting a southern twang, and whatever was he talking about? He told me all about this thing called CB radio, and I told him the thing we were going to do about it was write a book, for at that point it turned out there were none on the subject and millions of people using the gadgets. I wrote a one-page proposal, and within a couple of weeks my agent sold the idea to Peter Mayer at Avon. We were supposed to write a trade paperback that would be published over the summer, but in late January, a few days after the contract was signed, Peter phoned and asked me to drop everything and come to his office. Avon had got wind of two other similar projects and Peter pledged that if I gave him a manuscript by the end of February (that was in about 30 days, and we hadn't started writing yet) he would have it rolling from the presses two or three weeks later. And so we did and so he did: the book was ready on St. Patrick's Day, as I recall it (Publishers Weekly did a story about the blazing fast production), and it sold nearly a million copies. It went from paperback to hardback and further paperback editions in 1977, 1978, and 1980, when it finally died. One of its features was an English-to-CB, CB-to-English glossary. In the 1977 edition we added "quark: ultimate particle of matter," having nothing to do with our subject, and found it copied in imitative glossaries in later published books on CB.