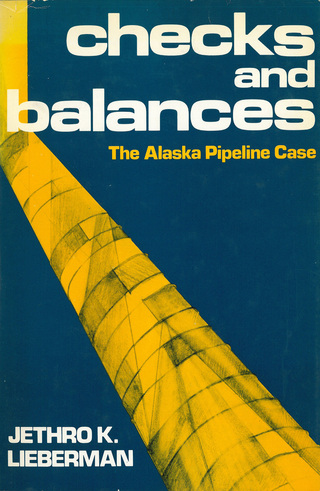 The third of a series of books on law and legal issues for secondary school students. This one deals with the legal issues surrounding the building of the Alaska oil pipeline. It features the give and take of every branch of the federal government, the state of Alaska, and Native Alaskans; it involved native land and environmental claims, squabbles between the U.S. House of Representatives and the Senate, lawsuits that were filed and appealed over the substantive issues, and further legal questions about whether the lawyers who had sought but failed to block construction were entitled to fees from the public treasury — in all, a story of how our vaunted system of checks and balances works and doesn't work in the context of a single construction project.