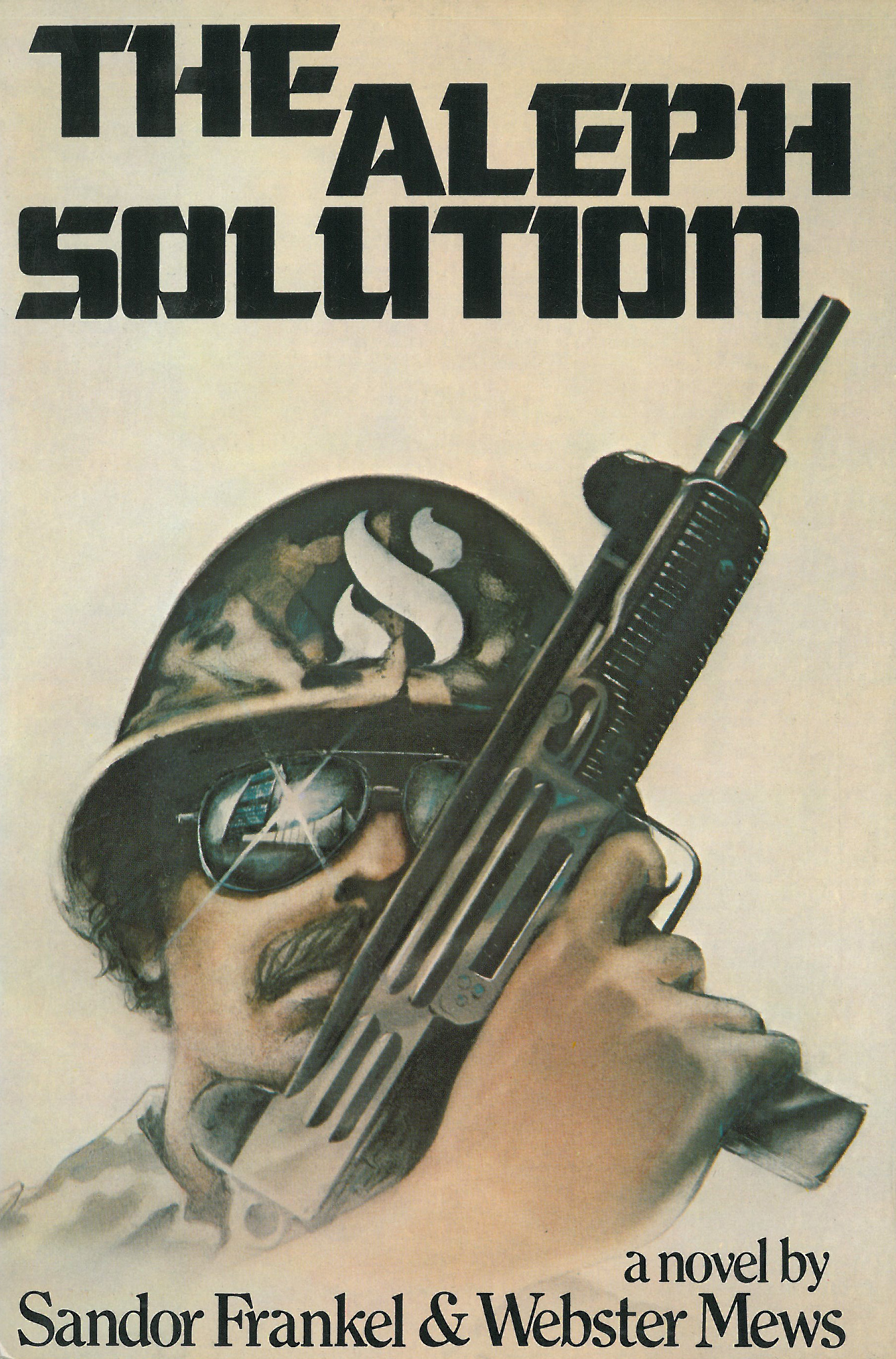 Cover of the American hardcover edition; click book jacket to order from Abebooks 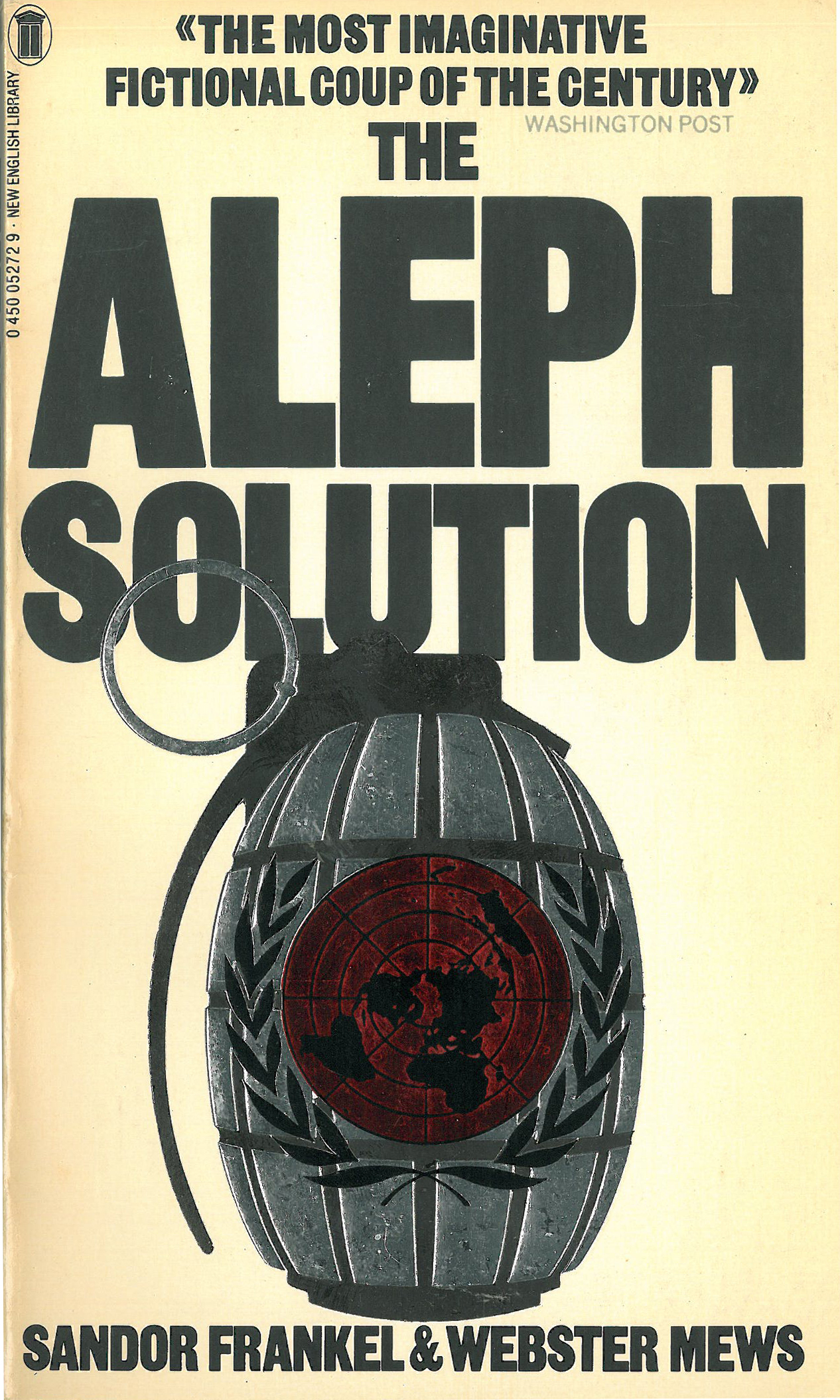 Cover of the Berkley paperback edition 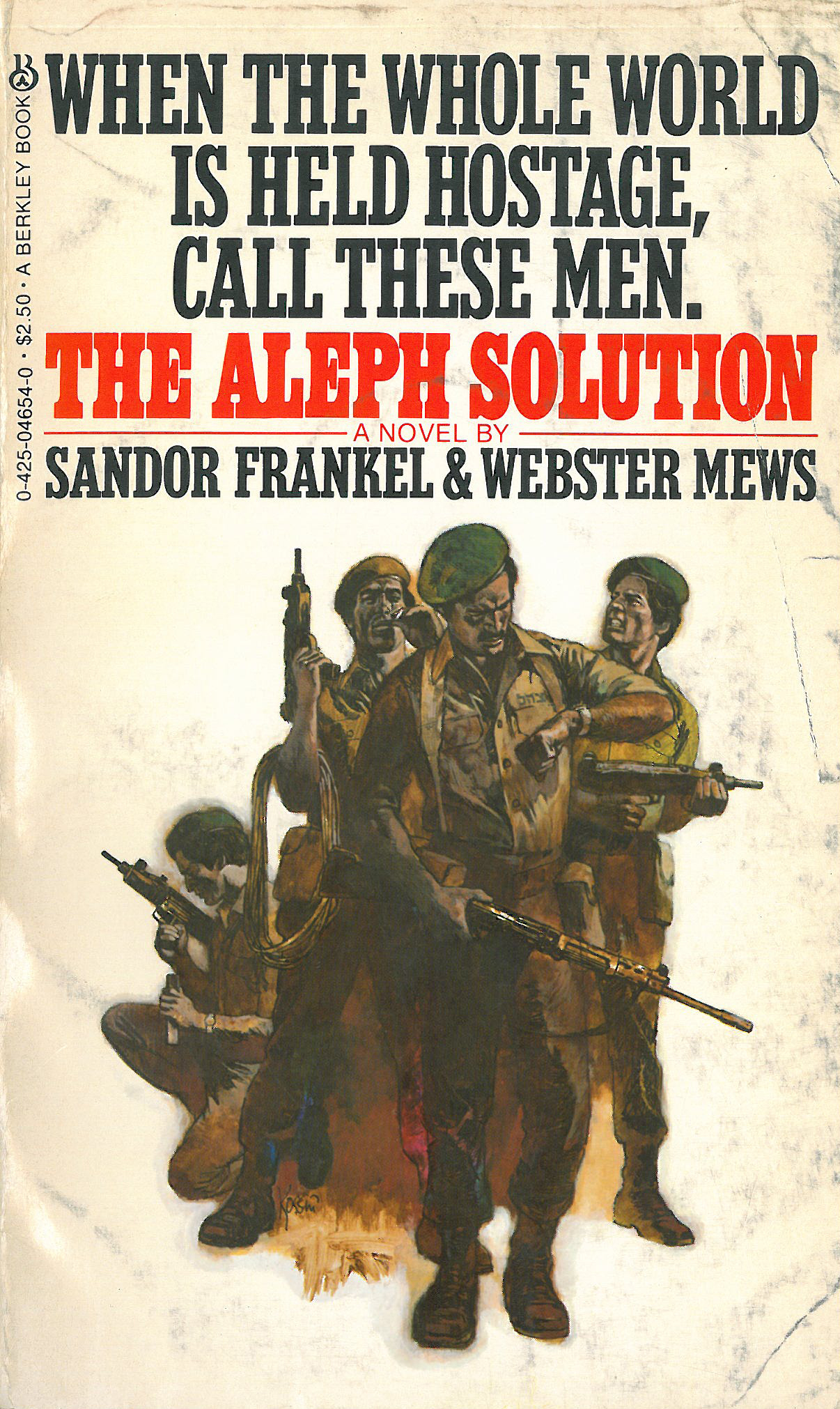 A thriller set in the late 1970s. Mideastern terrorists commit random atrocities around the world that might add up to an elusive pattern. A fabled Israeli commando, teaming up with American agents, solves the mystery, but not before the terrorists hold the whole world hostage, by taking over the United Nations in New York. Will the American president be forced to capitulate?
What is eerie about this book now, more than four decades later, is that many of its "predictions" came true, like an attempted assassination of the pope. The plot device that allowed the good guys to creep up on the terrorists, who were watching their surroundings on television, was later used in the popular movie "Speed." But we got there first.
Shortly after the Israeli rescue of the hostages at Entebbe, Sandy Frankel and I got to talking, as I recall it initially over lunch at Pastrami n' Things in the mid-50s in Manhattan, about how it might play out if the hostages were somewhere other than Uganda, say in New York. The conversation kept going and we plotted it out, assigning each other chapters to draft, right down to the ambiguous ending that the Swedish publisher, apparently unsettled by it, managed to omit.
The year-plus delay in publication of the American paperback editions was attributable to world politics: it coincided with the period that American hostages were held in Iran after the Shah's departure and until their release on the day President Reagan was inaugurated. The publisher was worried about the propriety of releasing a thriller about Islamic terrorists taking American hostages.

"The most imaginative fictional coup of the century."

James Grady, author of Six Days of the Condor, in The Washington Post
"Moves like a projectile."
The New York Times
"The suspense builds, the action is fast-pace and the climax should satisfy the most bloodthirsty reader."
Cleveland Plain Dealer